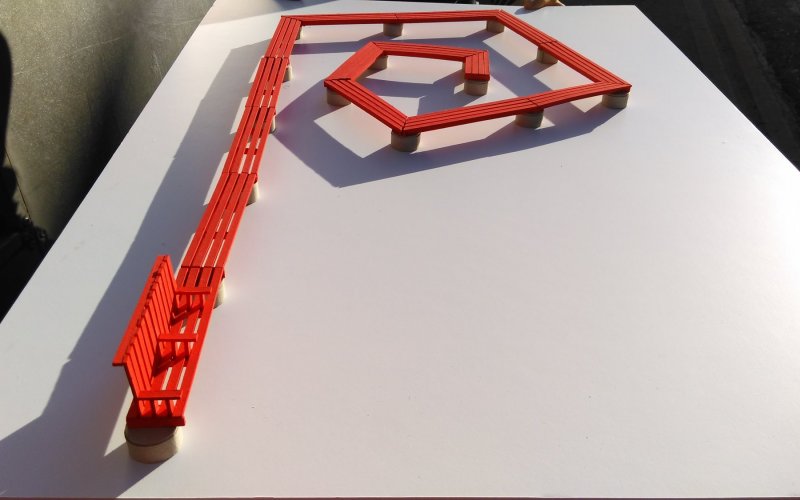 dlr Architects’ Department presents in collaboration with and designed by A2 Architects and Alan Meredith Studio and supported by dlr Parks Department, the dlr RED JETTY as part of the Architectural programme for Creative Ireland 2017.

With echoes of Dún Laoghaire Pier, the geometry of the bench starts as a line and then spirals in on itself to make a forum at its centre.  Painted in a signal red and resting on cylindrical concrete, it can be easily disassembled, allowing for various other geometric configurations to suit its setting each time it is relocated around the County. 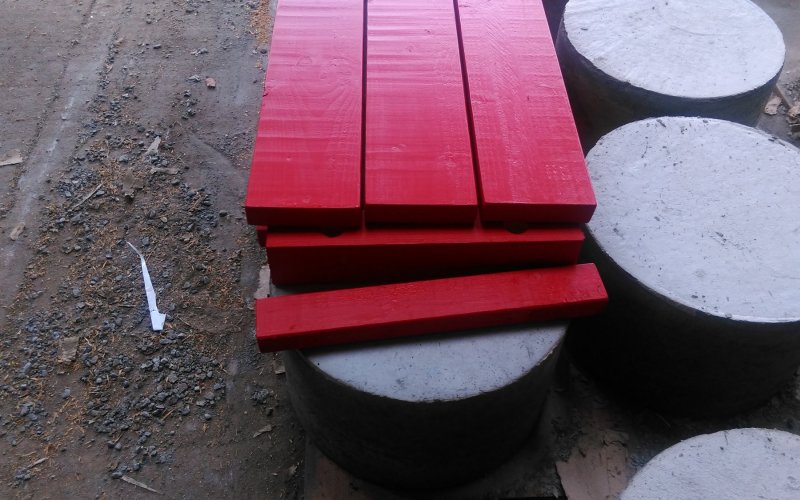 Welcoming this new initiative, Cllr Cormac Devlin having launched the Creative Ireland initiative for Dún Laoghaire-Rathdown last April, said “it is a great privilege for him to now launch one of the results of this initiative. I look forward to seeing the Red Jetty or “meet seat” as it moves around our County. I have no doubt that this abstract seat will bring people together and allow them to chat as it tours the County. It will first be resident here in the LexIcon Garden at Moran Park, Dún Laoghaire and then it will move onto Marlay Park, Cabinteely Park, and other public spaces. In the year that we are celebrating the bicentenary of Dún Laoghaire Harbour, it is very appropriate that the seat’s name has a maritime connection to it. I am delighted to see Dún Laoghaire-Rathdown supporting and promoting architecture and public art.” 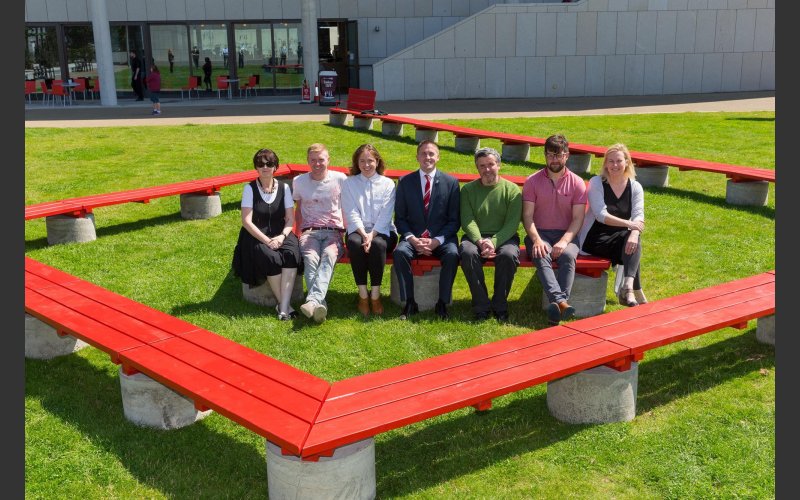